Skip to content
Posted on December 6, 2018December 5, 2018 by yavimayamansfield 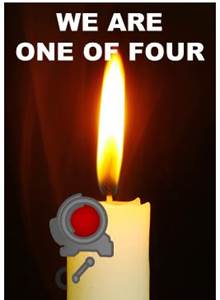 Okay, first things, first: we’re all geeks here.  So, before anything else, let’s ask ourselves: how would the Borg go about identifying the first Advent candle?

With that all-important qualifier out of the way, Candle One-Of-Four is about HOPE …

… and, in order to illustrate what hope might look like, I want to use Magic the Gathering cards (as opposed to e.g. Star Wars : Episode IV) to talk about the absence of hope.  Buckle up and adopt the “Brace” position, please.

My chosen MtG card is one of the most poignant ever printed, from one of the darkest sets: Sigarda, Heron’s Grace from SHADOWS OVER INNISTRAD.

her first incarnation, printed back in 2012, Sigarda was – and still *is* – one of the most powerful flyers ever printed.  Even today, grindy control decks shudder at the prospect of Sigarda, Host Of Herons hitting the table; there’s just so little they can *do* (and not a whole lot of time in which to do it, given that she single-handedly bashes an opponent to death in four turns).

Sigarda, Heron’s Grace, alas, is sadly reduced – a mere shadow of her former glory – reflecting the descent of her world into madness and despair from its previously hopeful footing.  Even so, Sigarda is the *unfallen* angel: grieving and weakened, still, she protects her charges.

And, as is so often the way of things, her faithfulness is rewarded only with sorrow upon sorrow: I’ve never, *ever* gotten over the emotional impact of the flavour text on Brisela, Voice Of Nightmares – even today, part of me still weeps, expressing solidarity with Sigarda in the only way I can…

The veritable absence of hope, indeed.

I empathise so much with Sigarda, in fact, that when my own life circumstances went drastically south this year – an expedition to the interior of Antarctica, no less (PM me if you want the details) – and I wanted a new tournament playmat to express my terrible sense of being *reduced*, Sigarda, Heron’s Grace was the artwork I chose:-

Look, you can even see the tear-tracks round her eyes…

(NB: the various signatures around the edge of the playmat are from people in the Scottish MtG community – I haven’t finished collecting, but you can already see I’m surrounded by friends)
(NB: I also have a truly beautiful playmat from one of my very best friends – just in case he reads this – that is reserved strictly for special occasions)

And so to Advent itself.  “Hope” seems like such a meaningless word in the current political and economic climate – so much of the time, like Sigarda, we can only weep…  And yet, what we forget is that, two thousand years ago, all across the empire of Imperial Rome there was a similar sense of hopelessness (combined, ironically, with a freedom of movement at least as good as that enjoyed by ourselves today).  To quote G. K. Chesterton from his history of christendom, THE EVERLASTING MAN, written almost a century ago:-

“… All round the circle of the Mediterranean cities the people mourned for the loss of gods and were consoled with gladiators.  …  To men in that mood there was a reason for atheism that is in some sense reasonable.  Mythology might fade and philosophy might stiffen; but if behind these things there was a reality, surely that reality might have sustained things as they sank.  There was no God; if there had been a God, surely this was the moment when He would have moved and saved the world. …”

And it was into this suffocating vacuum of hopelessness, in the most backward and barbaric province of the entire empire, that a baby was born, and placed in a manger because there was no room in the inn.

You can call it a fool’s hope: if there was a reality behind things, then surely this was the most foolish way imaginable for it to sustain them; but there is a reason why I choose to name this season Christmas, and not merely Yule.  There is all the difference in the world between people hoping the light will come back (somehow) and that great proclamation of Isaiah: “… The people walking in darkness have seen a great light; on those living in the land of the shadow of death a light has dawned [Isaiah 9:2]. …”

This is what HOPE looks like.  This is why, unlike Sigarda, I do not only weep.

View all posts by yavimayamansfield